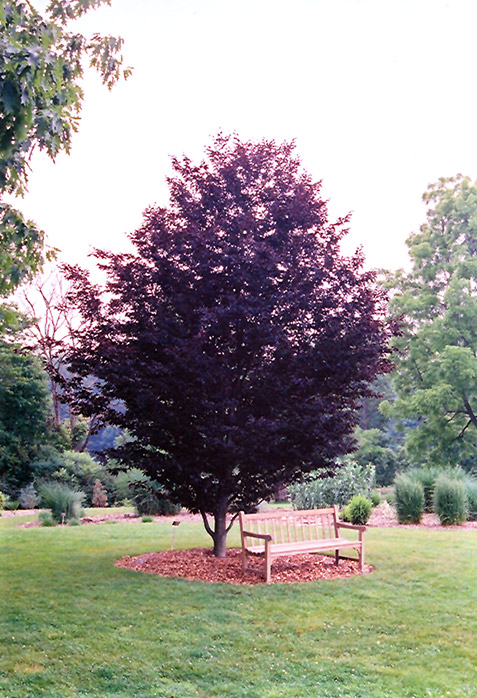 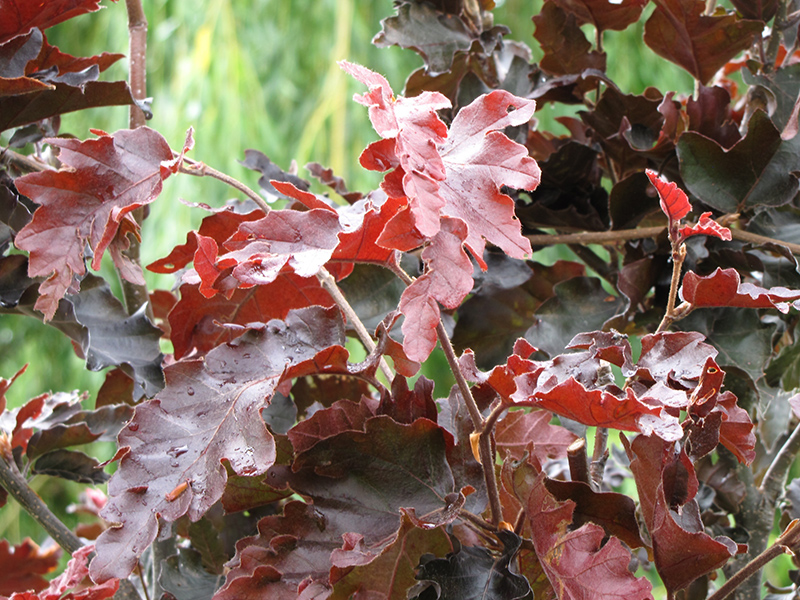 A beautiful and stately shade tree with an oval habit of growth and crinkled leaves which are a rich, deep purple all season long; use as a solitary accent; quite particular about growing conditions, requires rich soil and significant moisture

Rohan Purple Beech is primarily valued in the landscape for its decidedly oval form. It has attractive purple deciduous foliage. The serrated pointy leaves are highly ornamental and turn an outstanding coppery-bronze in the fall. The smooth silver bark is extremely showy and adds significant winter interest.

Rohan Purple Beech is a dense deciduous tree with a shapely oval form. Its relatively fine texture sets it apart from other landscape plants with less refined foliage.

This is a relatively low maintenance tree, and is best pruned in late winter once the threat of extreme cold has passed. Deer don't particularly care for this plant and will usually leave it alone in favor of tastier treats. It has no significant negative characteristics.

Rohan Purple Beech is recommended for the following landscape applications;

Rohan Purple Beech will grow to be about 40 feet tall at maturity, with a spread of 35 feet. It has a low canopy with a typical clearance of 3 feet from the ground, and should not be planted underneath power lines. It grows at a slow rate, and under ideal conditions can be expected to live to a ripe old age of 100 years or more; think of this as a heritage tree for future generations!

This tree should only be grown in full sunlight. It does best in average to evenly moist conditions, but will not tolerate standing water. It is not particular as to soil type or pH. It is somewhat tolerant of urban pollution, and will benefit from being planted in a relatively sheltered location. This is a selected variety of a species not originally from North America.