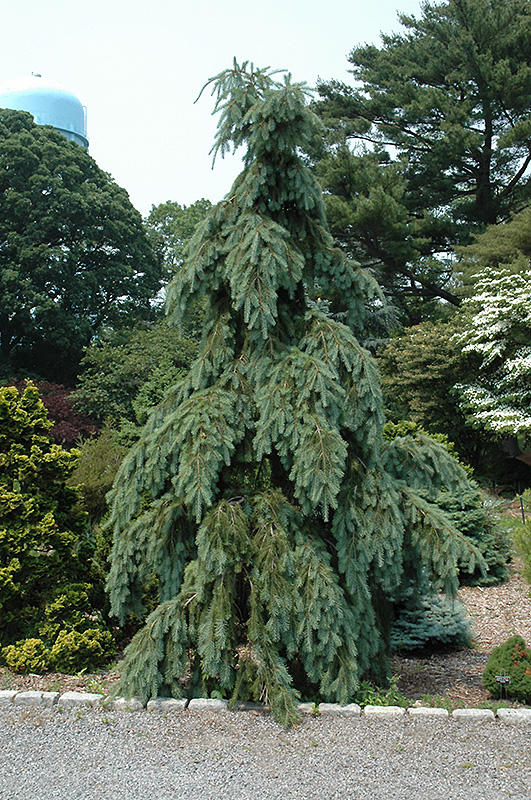 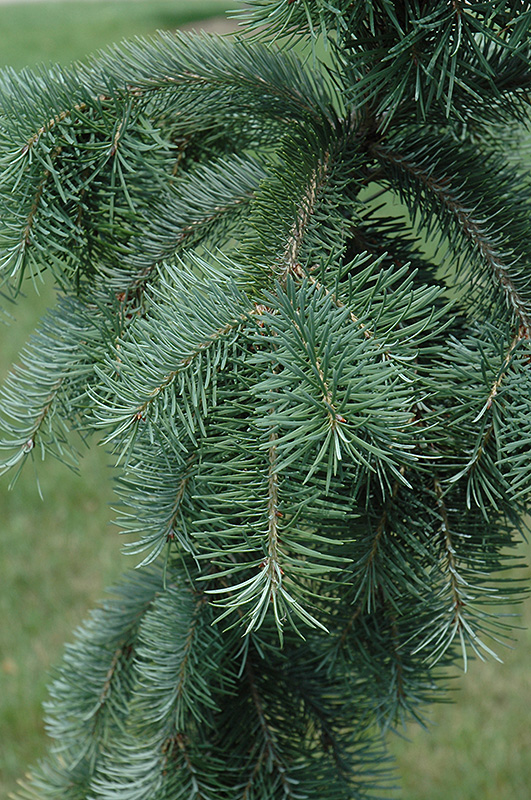 A captivating evergreen conifer with elegant weeping branches from a leader that works its way up and may also eventually weep; requires moist soil and humid growing conditions, best with some shelter against drying winds

Graceful Grace Weeping Douglas Fir is primarily valued in the landscape for its highly ornamental weeping form. It has attractive green foliage with bluish-green undersides. The needles are highly ornamental and remain green throughout the winter.

Graceful Grace Weeping Douglas Fir is a dense evergreen tree with a strong central leader and a rounded form and gracefully weeping branches. Its relatively fine texture sets it apart from other landscape plants with less refined foliage.

This is a relatively low maintenance tree. When pruning is necessary, it is recommended to only trim back the new growth of the current season, other than to remove any dieback. Deer don't particularly care for this plant and will usually leave it alone in favor of tastier treats. It has no significant negative characteristics.

Graceful Grace Weeping Douglas Fir will grow to be about 40 feet tall at maturity, with a spread of 20 feet. It has a low canopy, and should not be planted underneath power lines. It grows at a medium rate, and under ideal conditions can be expected to live to a ripe old age of 120 years or more; think of this as a heritage tree for future generations!

This tree should only be grown in full sunlight. It requires an evenly moist well-drained soil for optimal growth, but will die in standing water. It is not particular as to soil type, but has a definite preference for acidic soils. It is somewhat tolerant of urban pollution, and will benefit from being planted in a relatively sheltered location. Consider applying a thick mulch around the root zone in winter to protect it in exposed locations or colder microclimates. This is a selection of a native North American species.